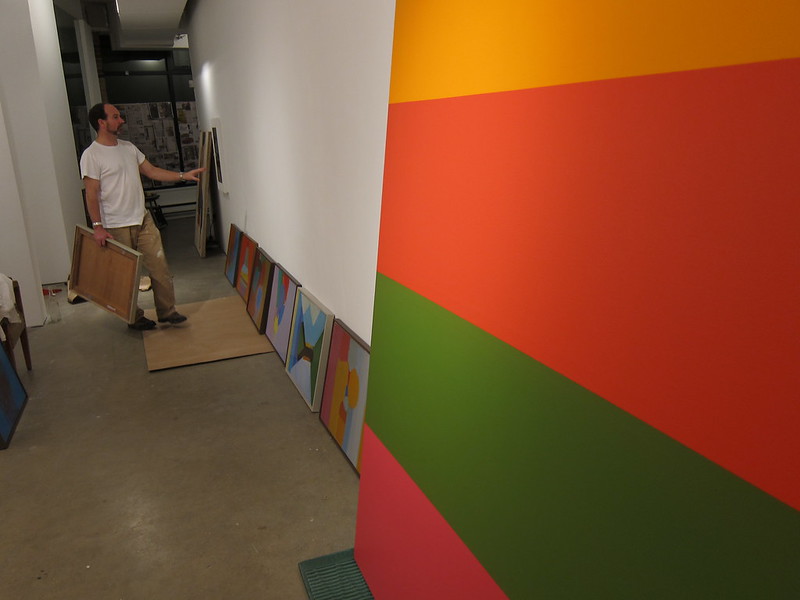 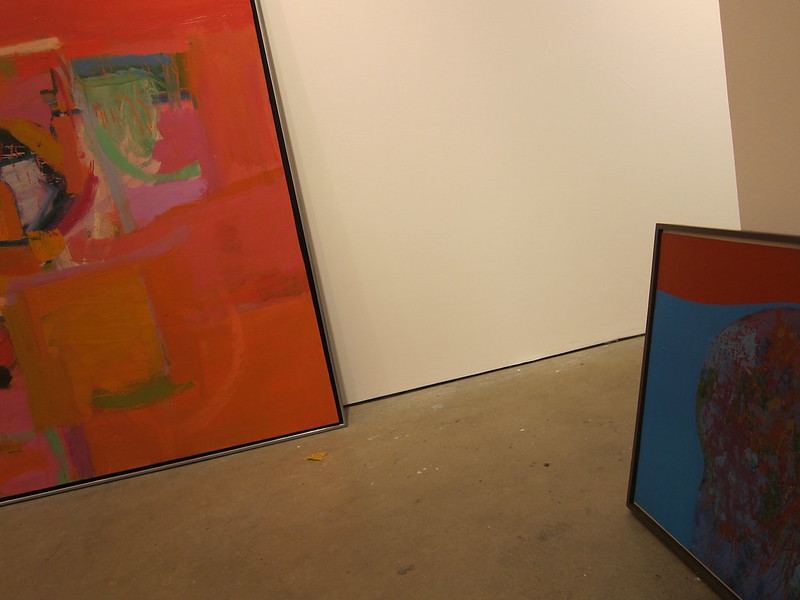 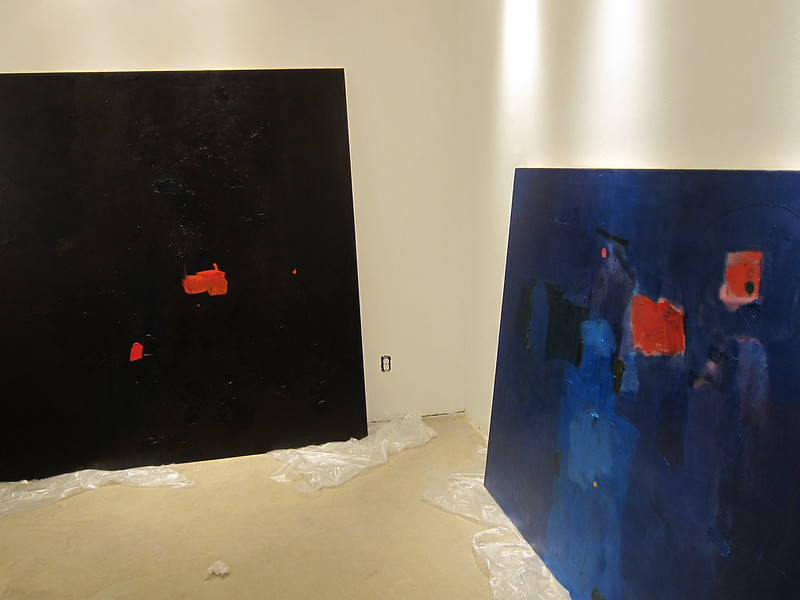 When I attended the Vancouver School of Art (now Emily Carr) in the mid-late 70s, I took up Painting in my 4th (Grad) year after 2 years of focus in Printmaking. I remember trying to figure out who I should study under. One of the good choices at the time was Ron Stonier. I was friends with one of his students, Amie Mukai, who lived in the same rickety old apartment building as I did on W 6th Ave (where the False Creek development was in progress). Our building was actually a place that once housed Chinese railway workers. Granville Island was still industrial and even included a lumber mill, Bay Forest Products. I have a vague memory of briefly working there on night shift cleanup, sweeping sawdust while my coworker snuck off to sleep somewhere.

Dan Goorevitch, another student of Ron’s, that I first met at a laundromat, who, bursting with an exuberance that is still part of his nature, enthusiastically recommended Ron. With both of these students that I admired, singing his praise it was a slam dunk.

At the time VSA Painting was located in 2 places; a site at the PNE and a Gastown location. However, if you were in 4th year, you had the option of working in your studio (in my case, a rickety apartment overlooking False Creek), and your teacher and/or grad supervisors would come by periodically to check out the progress. I was fortunate enough to have Ron Stonier, Gary Bowden and Geof Rees as my grad supervisors. As students we tended to also network out and visit each other so see what was going on.

The thing about Ron was that he didn’t teach in a very conventional way for those days. He was an amazing communicator and would talk in expanding ellipses about anything and everything and somehow how it would all relate back to art or painting. It wasn’t unusual for him to look at a student-struggle painting and start seeing some metaphoric magic in it and then the next thing you knew he was talking about quarks and charms (recent physics developments at the time), Joseph Campbell’s theories or Ernst Cassirer’s phenomenology, the latest local news or some kind of paint brush that might help you get the fluid movement that you were trying to get. He was very generous with his time to his students, a true inspiration and was very likely to leave you feeling empowered to forge ahead.

I don’t know how many, many art students were inspired or influenced by him but some of his students that did very exciting work back then, that that were in my immediate millieu, included Amie Mukai, Dan Goorevitch, Doug Rowed, Susan Lowden, Rosemary Sleigh, Lawrie Makeseff, Laurie De Camillis and Shiela Cano. There is a posthumous survey of the paintings of Ron Stonier (1933-2001) at Trench Gallery, #102 – 148 Alexander Street, Vancouver. I think only a few of these have ever been exhibited. About 30 works that demonstrate his brilliance and enormous colour facility throughout his career. Go see it if you like engaging, sensuous and visceral art.

3 thoughts on “Ouroboros and Ron Stonier”